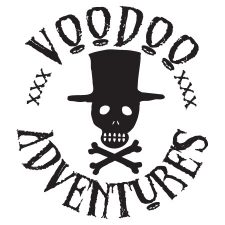 Travel opens the heart and mind

“Those who cannot remember the past are condemned to repeat it.” George Santayana.

One of my favorite reasons to travel is to visit and experience locations that have historic importance. History learned in an academic setting is essential, but nothing beats visiting the scene. In addition, I am distraught over the current rash of hateful rhetoric that permeates the airwaves, not only at home, but also in Europe and other parts of the world. It’s disheartening when hate speech is so easily excused. Most frightening of all are those who refute facts, for example the Holocaust deniers. So, during my last visit to Germany, I decided to stop by “The Gestapo House.”

Initially, I was not interested in participating in so-called “Dark Tourism” that entails visiting sites associated with death and tragedy. But as I remembered from school lessons, the Nazi’s were very clever in making their speech appealing to the average citizen. The butchery started incrementally, by slowly desensitizing the public and scapegoating minorities.

EL-DE Haus or as it is known officially “NS Documentation Center of the City of Cologne” was the headquarters of the Gestapo (Secret State Police) during the Third Reich, It is now a museum and memorial. The unassuming building belonged to a businessman named Leopold Dahmen, (thus his initials in the front of the building) who rented it to the Nazis. They turned the building in the center of a cosmopolitan city into their headquarters. This museum is one of the few well preserved locations from the Nazi past. The museum is open from 1000 hours to 1800 hours only, so get there early. It is closed on Mondays. You can easily walk the 10 minutes from the Cologne central train station. Admission fee is around 5 Euros with discounts for children and local residents.

As I walked into the basement exhibit, I felt the disheartenment those poor souls must have experienced. There are several displays that explain the history as you walk through the basement. Hundreds of people were crammed into small cells. My heart sank just trying to fathom what it would be like to be in one of those overcrowded cells. inscriptions on the walls attested to the horrible conditions, including an American soldier from Ohio.

The permanent collection showcases political and social life during the Nazi period, including the rise of white nationalism, the propaganda machinery against the “Enemies of the State” and the methodic oppression of Jews, Gypsies, homosexuals and other so-called “undesirables.” This is such a thorough and detailed exhibit that I would encourage everyone to visit, examine and analyze. Heck, do not wait until your trip to Germany, I’d encourage you to visit the museum website!

This museum also hosts temporary exhibits, a research library and an educational department against right wing extremism. Docent guided tours are available daily, but are conducted in German only. Self guided audio tours are available many different languages.

As i walked out of the museum and made my way to the nearest doner kebab restaurant (a staple of German gastronomy) I passed a group of protesters, silently holding signs and demanding action against the genocide in Syria. The museum visit, the protesters and hateful rhetoric back home just drove Santayana’s words home. We must choose to learn from our past and speak up against hate.